Latest News
You are here: Home1 / Latest News2 / News & Media3 / More than one-fifth of Australians in their mid 20s still live at home... 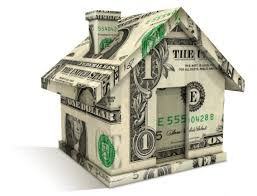 Money is the most common reason for staying at home.

Twenty-five year old Nivea Lally makes a two-hour, 43 kilometre commute from Sydney’s Kellyville to Pyrmont every day. It’s the price she’s willing to pay to live at home rent-free in a bid to save up for her future.

She’s not alone; more than one-fifth of Australians aged between 25 and 29 still live at home with their parents, according to new research by comparison website finder.com.au.

That figure doubles for younger Australians, aged 20 to 24.

The survey of more than 2000 people — across the country and age groups — found the average age children should start paying board is at 19.

But not everyone agrees on charging their children board. One in five Australians believe their kids should live with them rent-free regardless of their age or financial situation.

Ms Lally said her parents want to take care of her until she gets on her feet, financially speaking, because “rent money is dead money”.

“I put up with the two-hour trip every morning and afternoon just for the convenience of living at home,” she said. “If my parents asked me to pay for board I would do it and I completely understand how it would benefit me in the future as well.”

Money is the most common reason for a multigenerational household, according to UNSW City Futures Researcher Dr Edgar Liu, who wrote a study into this in 2012.

And with 25 per cent of Sydney’s population in this situation, the city has always taken out the top spot across Australia for the highest rate of this phenomenon.

“Many families are also actively choosing this living arrangement to better provide care for young children and the elderly (the second most common reason),” said Dr Liu.

Dr Liu’s research found a mother who had a deposit, but unstable income, and her daughter at university with steady employment, who could service a mortgage, who bought a house together. In other cases, parents put their children’s board aside as a home deposit for the kids.

“I’ve spoken to classes at two different universities and courses where not a single person was renting in the private market,” he said, “because private rentals and property ownership has become more expensive we see middle-aged people and professionals still in share houses and being the only ones who can afford. They’re pushing out students as a result.”

While it makes sense for families who could afford to help their children save money, Mr Ross worries it exacerbates housing affordability and the likelihood of property ownership for those less well off.

“It raises the questions about the families who can’t afford to waive rent,” he said.

Mr Cooke said while children and parents don’t see eye to eye on when to start paying board, one thing is for certain: children don’t become financially independent earlier than their parents.

“Financial circumstances are not as healthy as those in the boomer generation because property prices and rents are so high at the moment. That’s forcing people to stay living with parents,” he said.

This article was originally published by Domain on 27 April 2018. It represents the views of the author only and does not necessarily reflect the views of Tailored Lifetime Solutions.