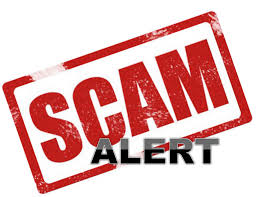 Gift cards are increasingly the payment method of choice for scammers. Scamwatch reports show more than $5 million was lost in 2018, a 38 per cent increase compared with 2017.

iTunes cards accounted for $3.1 million in losses — a 156 per cent increase from the $1.23 million reported in 2017. However Scamwatch has also seen an increase in reports involving other gift cards such as Google Play, Amazon, and Steam cards, and Australia Post Load & Go prepaid debit cards.

Losses to scams where non-iTunes gift cards were used as payment increased by 530 per cent in 2018 to around $1 million.

“Scammers like to get gift cards as payment as it’s easy for them to quickly sell them on secondary markets and pocket the cash,” ACCC Deputy Chair Delia Rickard said.

“It’s concerning that the scammers are now demanding payment in other forms of gift cards. This is likely in response to scam warnings about using iTunes cards for paying scammers that are in stores like supermarkets and on the cards themselves.”

“It’s clear the scammers are diversifying their payments to try get around these warnings, so it’s vital people are aware that no legitimate company or government agency will ever ask you to make a payment with any sort of gift card,” Ms Rickard said.

There are several common types of scams involving gift cards:

Victims are also tricked into giving up personal details with the promise of gift cards. Scammers entice victims to participate in surveys by promising gift cards as a prize, however the surveys extract personal information such as your name, date of birth, address details and even financial details like your credit card or bank numbers.

“If anyone asks for payment using a gift card, it is a scam, simple as that,” Ms Rickard said.

“If you paid a scammer with a gift card, report it as soon as possible. Call the company that issued the gift card and tell them the gift card was used in a scam. It’s very difficult to get your money back but the sooner you report it, the better your chances.”

Businesses that sell iTunes, Google Wallet and similar gift cards are encouraged to inform their staff about these scams so that they can help warn customers.

“If staff are informed they can identify the warning signs of a scam when they notice a customer spending large amounts of money on gift cards,” Ms Rickard said.